During the DockerCon 2016 docker announced Docker 1.12 release. One of the news stories around the new version is the orchestration system built directly inside the engine, this feature allow us to use swarm without installing it separately from outside, it’s now a feature provided by Docker directly.

Now we have a new set of commands that allow us to orchestrate containers across a cluster.

All these commands are focused on increasing our ability to orchestrate our containers and also join them in services.

another Captain wrote this script that I just updated to work with the public Docker 1.12-rc2. We can use this script to create a cluster with virtual box ready to be used. After this script you can see the number of workers and masters, in this case your one and one.

Docker 1.12 has a built-in set of primitive functions to orchestrate your containers just like a summary. The main commands that you must run to create a cluster are 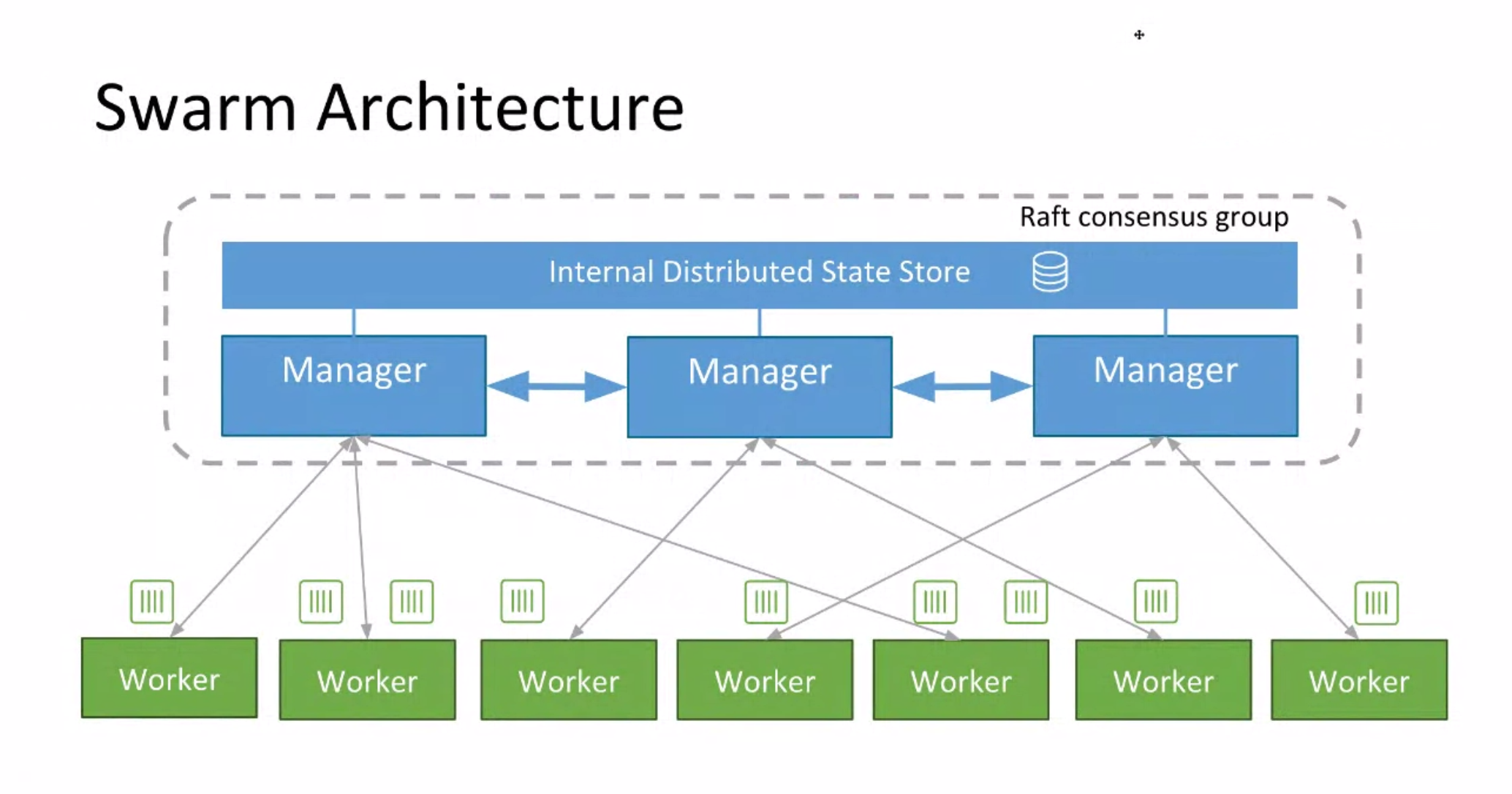 If you are not confident with docker swarm this is the architecture, this graph is provided by Docker Inc. and explains really well the design around this project. The principal actors are managers and workers, managers are the brains of the system, they dispatch schedules and remember services and containers. Workers execute these commands.

The cluster is secure because each node has a proper TLS identity and all communications are encrypted end to end by default with a automatic key rotation in order to increase the security around the keys use in the cluster.

Raft is the consensual protocol used to distribute message around the cluster and check the number of nodes, it’s complex algorithm but really interested I have in plan another article about it but the offical site contains a lot of details about it.

We already saw the concept of services in docker-compose they are a single or a group of containers to describe your ecosystem, you can scale a specific service or orchestrate it across your cluster. It’s the same here, you don’t have a specification file like compose at the moment but anyway you can run a bunch of commands to create your service.

With this example we push up a new service helloworld. It has one container from the alpine image and it pings docker.com site.

To watch all our services, we can also inspect a service

There is a new concept, when you run a service you are also creating a task, this task represents the container/s under your service, in this case we have just one task

When you scale your service you are creating new tasks

Now you can see 10 tasks that are running and you can inspect one of them, inside you can find the containerId and you can, for example, follow logs

At this point it is a normal container and it’s running on your cluster. Well I tried to explain the main concept around this big feature provided by Docker 1.12, the last example is just to cover the DNS topic.

I created an application that serve an http server and print the current IP. Each server has an internal load balancer that dispatches traffic in round robin between the different tasks. In this way it’s totally transparent, you can just resolve your service with a normal URL, docker will do the rest for you.

Micro is an application that exposes an http server on port 8000 and print the current ip, now we have 10 tasks with this service. To grab the current entry point for our service we can inspect it and search for this information:

In this case our published port is 3000, we can call

This is just an overview about the features but there are other powerful news like DAB, stacks and how do an easy update of your containers, this could be the topic around my next article. Please stay in touch follow me on Twitter to chat and receive news about the next articles.

Thanks @gpelly for your review!